The government is set to nationalize the British supply arm of Gazprom in days amid a standoff between the Russian state-controlled energy company and a Wall Street banking giant.

Sky News has learned that ministers are drawing up plans to take Gazprom Marketing & Trading Retail (GM&T) in public hands if it fails to reassure financial counterparties about the nature of an apparent change in ownership reported by its parent company last week.

The move to take control of the UK subsidiary, which could cost taxpayers billions of pounds, could happen as early as this week, according to an industry source.

Where will the UK get its energy?

This would be one of the biggest repercussions for businesses to date in Britain resulting from Russia’s invasion of Russia. Ukraine and the sanctions regime subsequently introduced by the government to try to punish Vladimir Putin.

In total, it supplies more than 20% of the gas used by UK businesses – a growing number of which have deserted it in recent weeks.

Gazprom Energy’s placement in Ofgem’s Special Administration Scheme (SAR) would make Gazprom Energy – as the division is known – the second utility to be absorbed by UK taxpayers, after the the insolvency at the end of last year of Bulb Energy, the national supplier.

The cost to public purse of maintaining Gazprom Energy’s existing supply contracts was estimated by Bloomberg News last month at around £4 billion.

If accurate, that would make it far costlier than Bulb’s collapse.

Bloomberg also reported that Teneo Restructuring was in the process of being appointed special administrator.

If customers’ existing contracts with Gazprom Energy were not honoured, it would force them to source gas at much higher spot prices which have climbed in recent months and particularly since the start of the war in Ukraine.

The potential insolvency of the Gazprom unit comes at a politically sensitive time for Boris Johnson’s government, which is set to launch a series of policies aimed at securing the independence of Britain’s energy supply.

How Russia Affects Our Energy Bills

Last week, Kwasi Kwarteng, the business secretary, signed off on the appointment of former BP UK chief Peter Mather to join his department’s board as Whitehall shifts its focus to energy supply resilience .

A government spokesperson said: “The UK is in no way dependent on Russian gas, which accounts for less than 4% of our supply. Our very diverse sources of gas supply and a diverse electricity mix ensure that households, businesses and heavy industry get the energy they need.

“We are aware that Gazprom Energy has a strong presence in the non-domestic energy retail market.

“Companies and organizations should exercise their own business judgment regarding the energy supply contracts they currently have in place.”

An energy industry executive said it was still uncertain whether Gazprom Energy should become publicly owned, but said the fate of the division hinged on ongoing talks between the company and Citi , which acts as its clearing bank.

On Friday, the Gazprom group announced that it had “ceased its participation” in the British branch, but without providing details of the new owners.

GM&T released a statement on its website saying it was “unable to comment on the new ownership structure” but “remains operationally independent.” 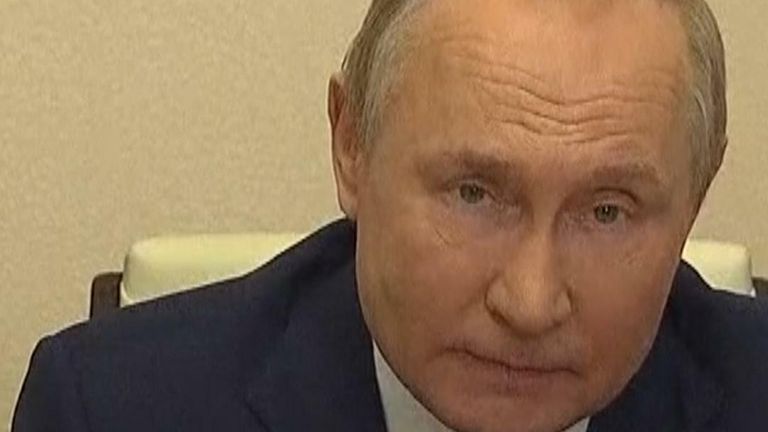 “We source gas from European wholesale markets in exactly the same way as other market players, and since the first quarter of 2021 we have not received gas under long-term contracts with Russia. .

“GM&T, given its significant role in the energy trading and B2B energy retail sectors, fully recognizes the material impact we are having on the UK and European financial and energy markets, and therefore on the economy.

“We are therefore strongly committed to mitigating any negative impact, currently working closely with the UK energy regulator (‘Ofgem’) and other UK government agencies to manage these risks.”

He said he would comment further “in due course”.

Gazprom has seen its sponsorship deal with European football’s governing body UEFA canceled since the Ukrainian invasions, while a number of ministers, including Health Secretary Sajid Javid, have urged stakeholders in the department to stop using company-supplied energy.

Citi did not respond to two emails requesting a response on Sunday, while Ofgem declined to comment.