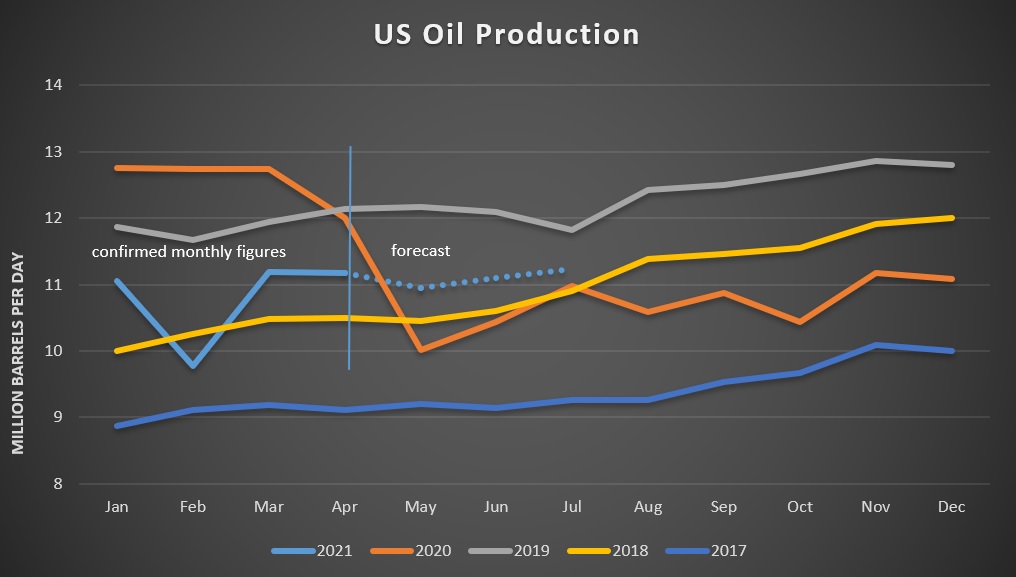 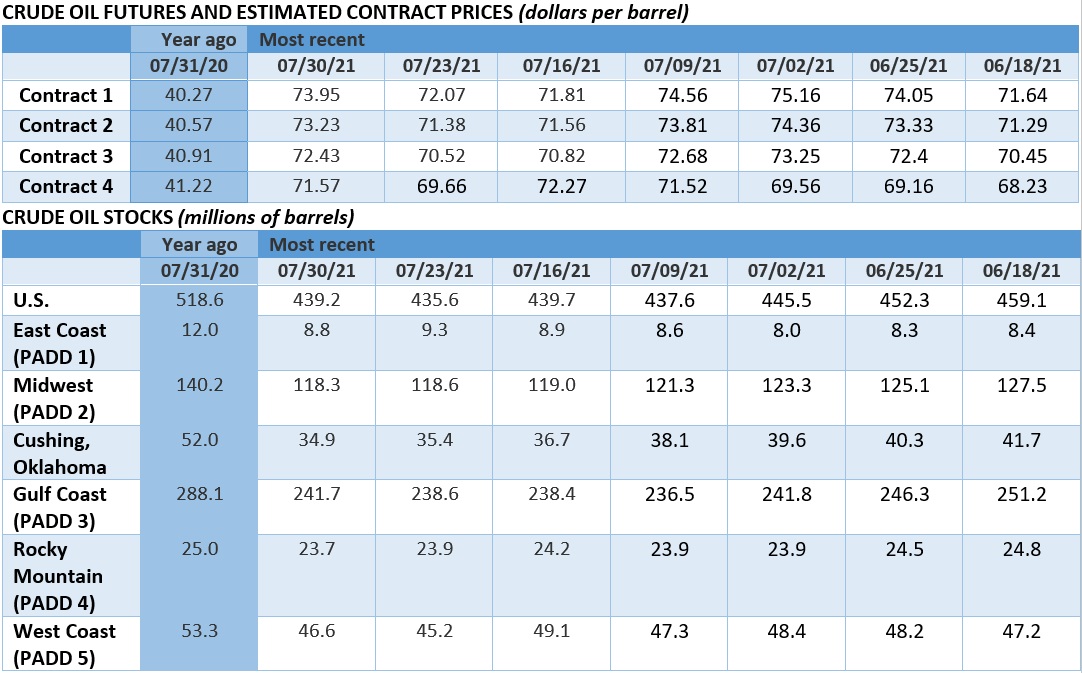 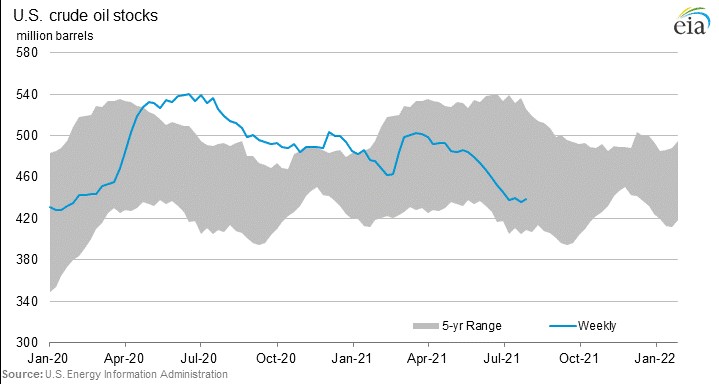 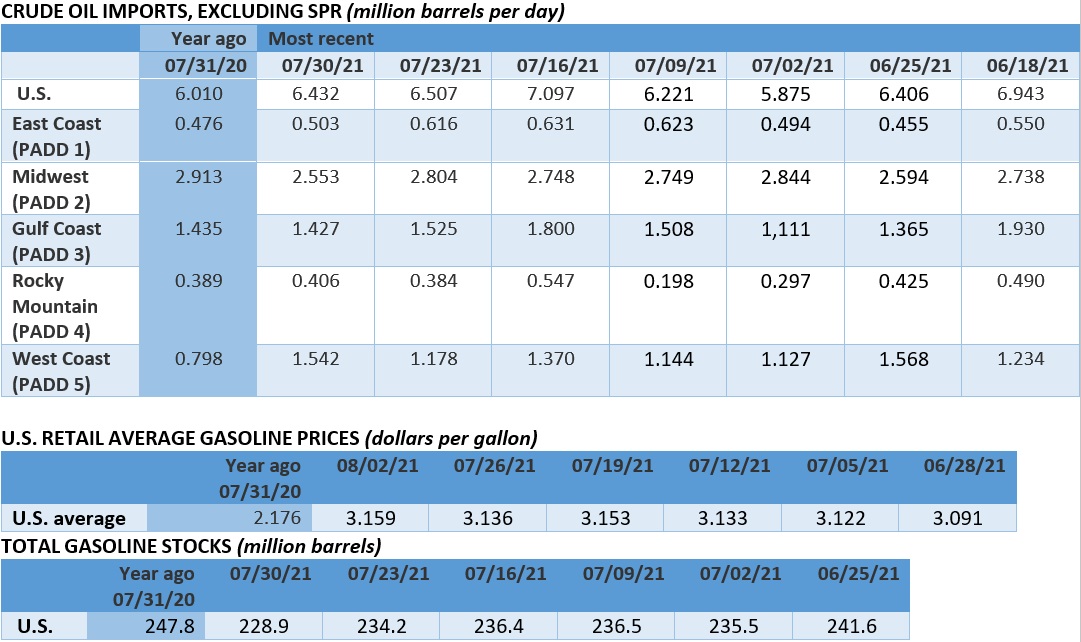 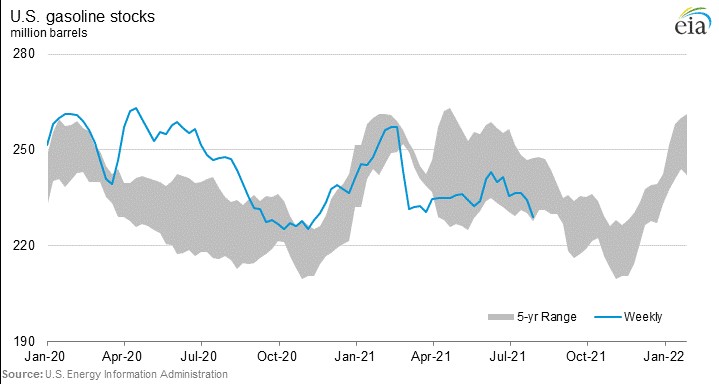 Although Friday’s trading session has recovered somewhat from this week’s overall declines, the general sentiment in the oil markets is still one of caution, with China and the United States facing outbreaks of COVID cases. -19. While tensions in the Persian Gulf added a new layer of upside geopolitical risk to prices, this was largely offset by the weekly rise in US crude inventories.

The Biden administration imposes a target of 50% EV by 2030. The White House has proposed a non-binding executive order stating that half of the cars and trucks sold in the United States by 2030 should be electric, plug-in hybrid or fuel cell vehicles. At the same time, fuel economy standards are expected to be twice as stringent as they are now.

Mexico is investigating Vitol for tax evasion. The Mexican government has opened an investigation into alleged irregularities in product documentation supplied by the main trading company Vitol, saying the company was unable to resolve the contentious issues and could face criminal charges for illegal trafficking. .

LNG prices in Asia have reached their highest level in 8 years. Amid rising demand due to warmer than average temperatures, spot LNG prices for September delivery rose to nearly $ 17 per mmBtu, marking an increase of nearly $ 1.50 per mmBtu d ‘week after week.

Talks in Venezuela begin next week with tacit optimism. Negotiations between the Maduro-led government and the Venezuelan opposition are expected to begin on August 13, Reuters reports, raising hopes that a more diplomacy-oriented Biden administration could ease PDVSA’s sanctions.

New Zealand approves the closure of the refinery. New Zealand to close 135 kbpd Marsden Point refinery as operator shareholder New Zealand Refining (NZE: NZR) voted favor of its transformation into a product import terminal. BP and ExxonMobil are expected to supply the country beyond 2022.

Nord Stream 2 is expected to start later this year. Russian gas giant Gazprom (MCX: GAZP) completes work on the Nord Stream 2 feeder lines, with the aim of commissioning the last six compressor stations along the route later this year, making the 2021 launch of the entire pipeline still more realistic.

The IOC in India is considering expanding its refinery. Indian state refiner CIO (NSE: IOC) seeks to increase its throughput capacity by approximately 350 kb / d over the next four years against a backdrop of potential increased demand, which will be achieved through a series of refinery expansions. India’s overall refining capacity is expected to increase by 1 mbpd by 2025, reaching 6 mbpd.

Related: Senior US Negotiator: Iran Nuclear Deal Might Be Impossible

South Korea doubles its stocks of rare metals. The South Korean government is looking to double its strategic stocks of cobalt, nickel and other rare metals (to cover 100 days of consumption), a sign that the supply of these key raw materials for electric vehicle batteries could become controversial in the near future. the future.

Oman aims for zero upstream emissions by 2050. Oman’s latest ambition is to achieve zero emissions in its upstream sector, building on the Sultanate’s previous commitment to achieve zero routine flaring by 2030. Much of the reduction in emissions is expected to occur. come from renewable energies supplanting the combustion of crude (currently 65% â€‹â€‹of electricity production).

Russia could ban gasoline exports. Faced with a double whammy of rising domestic demand and declining refinery output due to prolonged maintenance, Russia is considering a three-month gasoline export ban.

China ETS does not impress. Since the launch of China’s emissions trading system, weekly volumes traded have declined, falling to just 187,000 CO2 equivalents this week, a 75% week-over-week drop.

By Tom Kool for Oil Octobers

Read this article on OilPrice.com