Leni Loberns February 25, 2022 Gas pipelines Comments Off on The Russian gas company Gazprom is at the center of the conflict in Ukraine 9 Views

As Russia invades Ukraine, the whole world watches with limited support offered to Ukraine and its people at this difficult time. The main leverage factor for Russia in its attempts to go against NATO and the EU is the hegemony it holds in oil and gas supply, especially among the EU majors like Germany, Italy, France and Poland.

A company called Gazprom is the proud face of Russia when it comes to gas production. It is the largest gas producer in the world and a public group headquartered at the Lakhta center in Saint Petersburg, Russia.

In 2019, with sales of over US$120 billion, Gazprom was the world’s largest listed natural gas company and Russia’s largest company by revenue. In the 2020 Forbes Global 2000, Gazprom was ranked the 32nd largest state-owned company in the world.

In the current context, Gazprom is the leader when it comes to supporting and promoting Putin’s interests in the EU and elsewhere.

Gazprom plays a vital role in defending actions against Russia’s unforgivable offensives. You could even say that Russia planned its invasion of Ukraine meticulously, with the help of Gazprom.

In the months leading up to the current Ukrainian invasion, Gazprom decided to limit its supplies to EU countries, leading to soaring oil and gas prices resulting in record profits.

Now, with crude oil and gas prices at a 7-year high, that certainly puts Russia in a very comfortable position, both militarily and financially, to continue its excesses inside Ukraine and be less bothered by external pressures or threats of sanctions.

Two days before the Russian invasion, in an attempt to put pressure on Russia, Germany decided to suspend the certification of the Nord Stream 2 (ns2) gas pipeline belonging to Gazprom. Nord Stream is an offshore gas pipeline system in Europe, passing under the Baltic Sea from Russia to Germany.

The Nord Stream 2 is a new gas export pipeline linking Russia to Europe across the Baltic Sea. The decision to build Nord Steam 2 was based on the successful experience in building and operating the Nord Stream gas pipeline.

The new pipeline, similar to the one in service, will establish a direct link between Gazprom and European consumers. It will also ensure a highly reliable supply of Russian gas to Europe. This is particularly important now that Europe is experiencing a decline in domestic gas production and an increase in demand for imported gas.

While sources in Germany say the suspension of Nord Stream 2 approval had more to do with legal reasons surrounding the project, it hasn’t changed Russia’s position since it decided to invade. Ukraine.

The key question is whether EU countries have the power within themselves to impose sanctions on Gazprom that will directly affect Russia’s fortunes or whether countries will continue to depend on Gazprom for their energy needs.

It is important to note that outside the EU countries, the next big consumer of Gazprom is China. Will the EU start investing in terminals outside of Russia or will it start importing from elsewhere to counter the power of Gazprom? 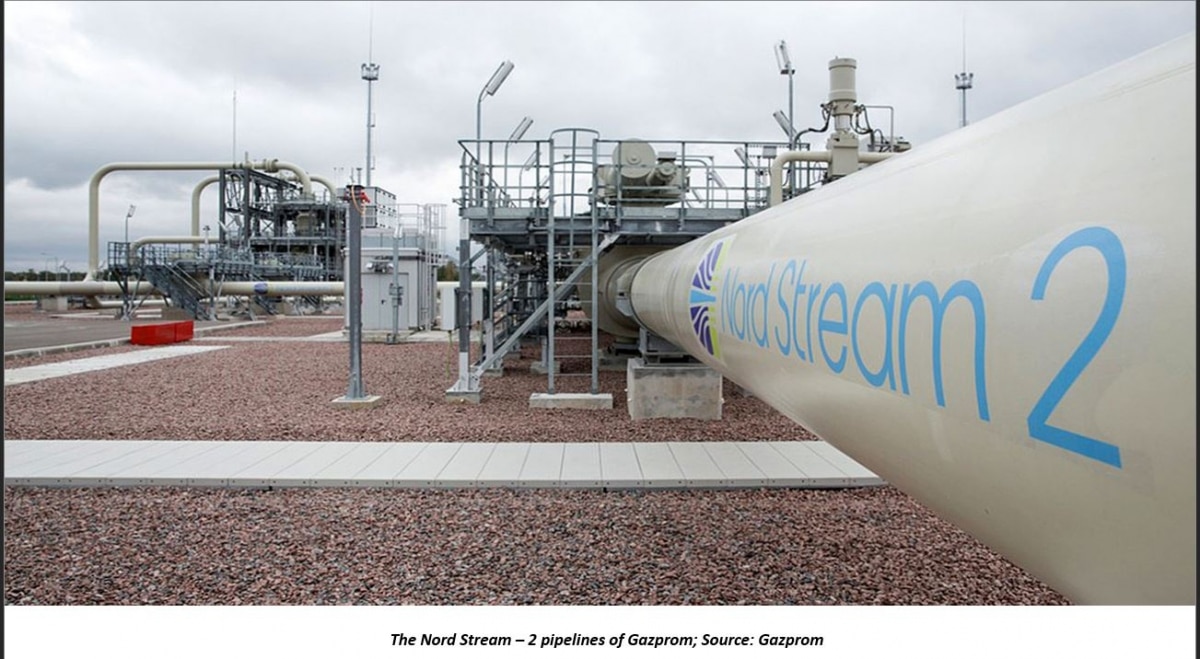 This is indeed what the director general of the Ukrainian national gas company, Yuriy Vitrenko, suggested in his interview with POLITICO. “It is high time the EU stopped dithering from a long-overdue legal confrontation with Moscow’s gas export monopoly and diverted its energy investments away from Russia.”

A statistic to note is that in 2010 EU gas imports from Russia were only 26%. It is now close to 43%. Europe’s dependence on Russian gas is increasing year by year. Mr Vitrenko is calling for Gazprom to be penalized for antitrust abuses over its illegal and anti-competitive activities to help raise gas prices in the market.

The European Commission probed the same thing, without any real action on the ground.

While discussions of Gazprom’s antitrust issues and support for the Russian establishment weren’t enough in diplomatic circles, Gazprom’s global image also took a hit thanks to the removal of its logo from football shirts. of German Bundesliga 2 club team FC Schalke 04. .

The team was a successful part of the German top division until recently, having also featured in the UEFA Champions League in the 2018-19 season before being relegated to the second tier of the football league in Germany. Gazprom has sponsored the team since 2007. 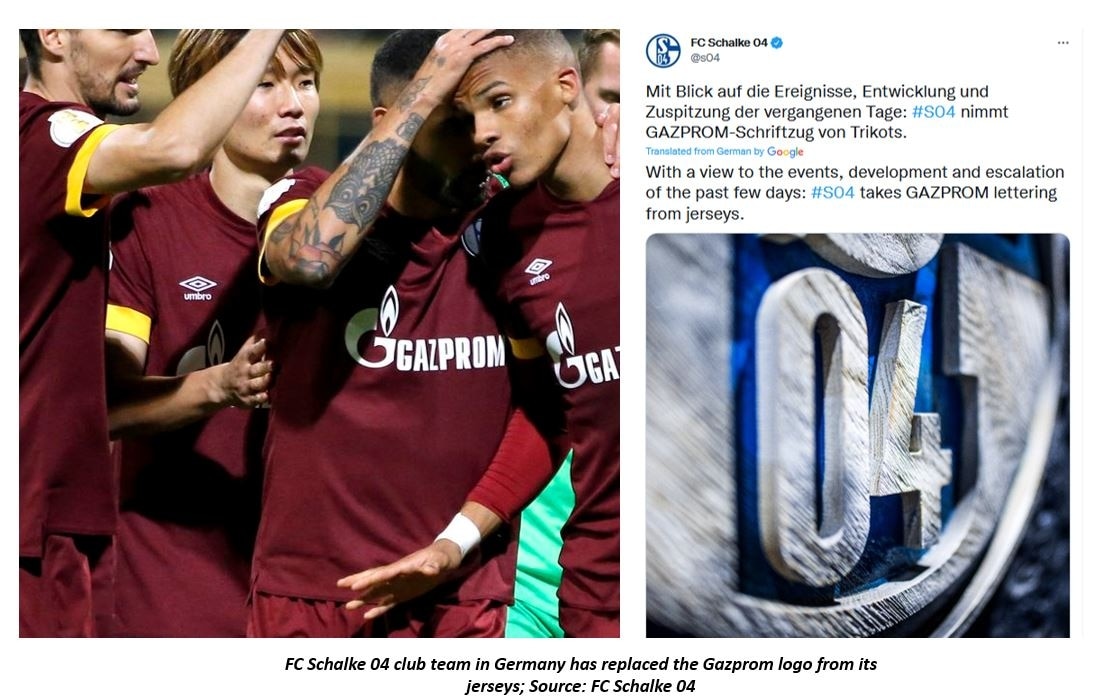 “Following recent developments, FC Schalke 04 has decided to remove the logo of main sponsor GAZPROM from the club’s shirts,” the club said. UEFA have issued a statement condemning Russia’s actions in the invasion of Ukraine and will meet to discuss Ukraine and the venue for the 2022 Champions League final, which was due to take place. May 28 in Saint Petersburg, Russia.

(The author is an Open-Source Intelligence analyst based in Singapore)

Previous US sanctions against Russia affect defence, technology and finance | Russian-Ukrainian crisis
Next United States or Russia? The crisis poses a dilemma for the wealthy in the Gulf